The new sandbag emplacements are ready!
Figure shown for scale reference only is from our own 1-48COMBAT line, also coming soon! 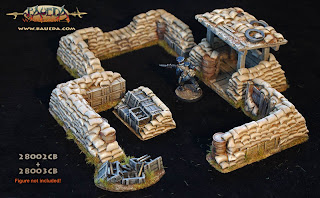 This and the following one shows both the two new products coming out shortly, 28003CB guard post and 28002CB sandbag gun emplacement, these can be combined in many ways, as shown also in the images below... 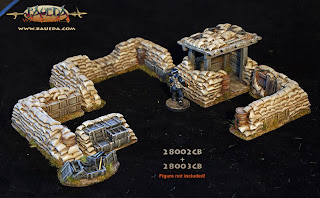 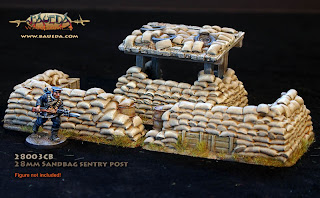 this is 28003CB guard post with the two entrenchment corner sections that comes with it... 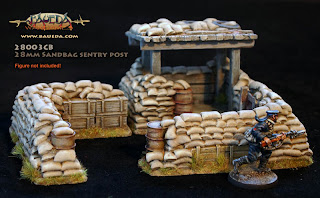 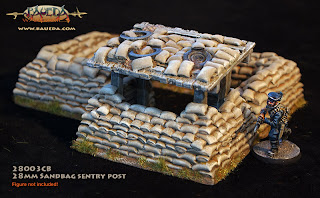 This is a detail of one of the entrenchement sections: 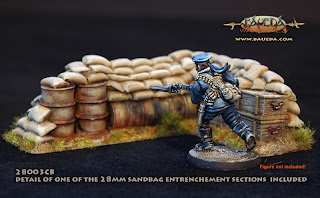 In a previous post I showed you those same entrenchments with a similar but different product: 28009CB sandbag bunker, here you can see it next to 28003CB guard post 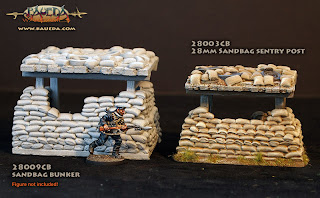 as you can see the bunker is much larger and also the sandbag sides are thicker and piled up higher.
The sentry post hold comfortably up to two 25mm round bases, the bunker has been designed to hold four with some space to spare, so can be used as a command or fire direction bunker but also as an heavy weapon emplacement. There is room for some pretty decent ordnance and its crew in there, but of course it won't work for a big artillery piece... fear not, for that there is  this is 28002CB sandbag gun emplacement: 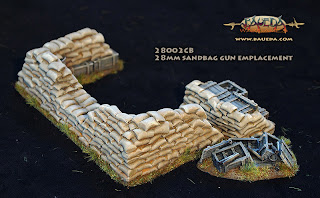 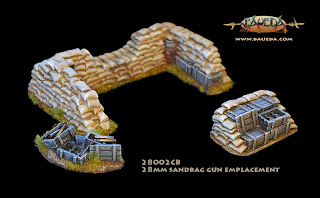 the massive sandbag defence itself has been ready for a while and I've posted a preview here a while ago, but we decided to hold on the release and add some little extra to it: a fuse setting station and a pile of discarded boxes and empty shells... I hope you'll agree it was worth waiting for it!

Both will start shipping this week!