This is Code: NRM4
15mm Norman or Breton Lightly armoured Cavalry (Separate horse and riders)
Unarmoured horsemen as depicted in the Bayeux tapestry and later 11th century manuscripts. Can be used as Breton javelin armed Light Cavalry simply by cutting their spears short. You can also bend their arms a little to simply create more varied poses! 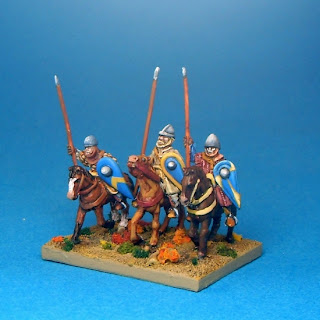 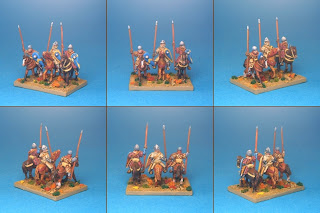 These samples have been painted by Artur
who also kindly provided me with snaps of the painted figures before basing them, so I could put together a composite to show off his fantastic work:

All figures sculpted by M. Campagna
Posted by Baueda at 01:33