Just finished a couple of large terrain mats, both commission orders.
This is a 6x4 in "Desert" finish, the tank is a 1/100th scale (15mm) Zvezda plastic model (originally I did mistakenly wrote Tamiya) just primed...
the idea was to have an example of a neutral grey region as well as a scale reference, but it turned out the primer I used is a distinct blue hue... bugger! 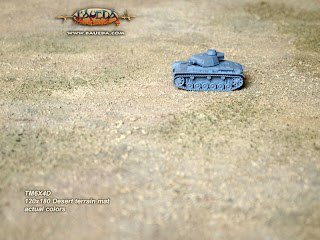 Taken with the same light but the image has been processed adding a strong contrast enhancement to show off details. The actual color variation is more subtle and overall the terrain color is much lighter than this! 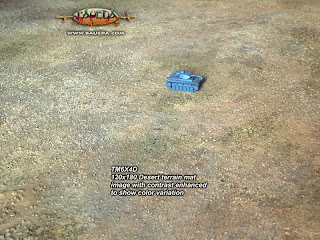 This is a shot with a strong light placed very low and some extra contrast added in post processing to pick up the detail of the texture, the colors are burned out as a result... 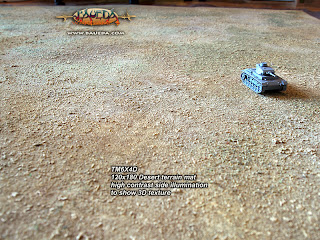 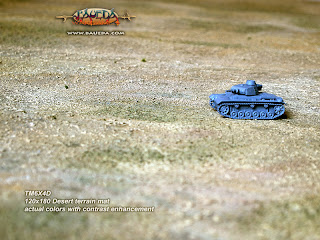 This is a 6x4 in "Temperate" finish, the tank is the same as above, the figure is a 1:100 (15mm) Norman knight from our own range: http://www.baueda.com/hostis_nrm.html 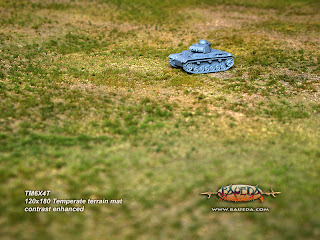 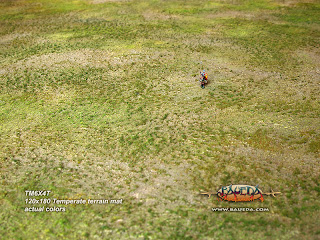 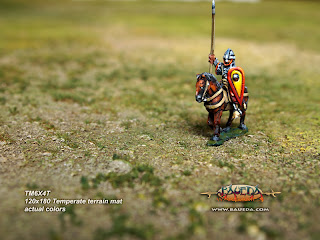 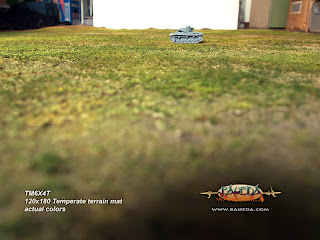 You'll find more details and information about these terrain mats here:
http://www.baueda.com/rtp_terrain.html#bkdp
...and if you have any question just drop me a line at the address you'll find there!
Posted by Baueda at 01:41