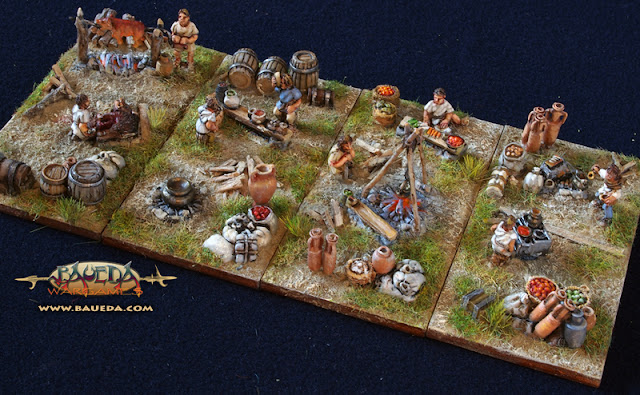 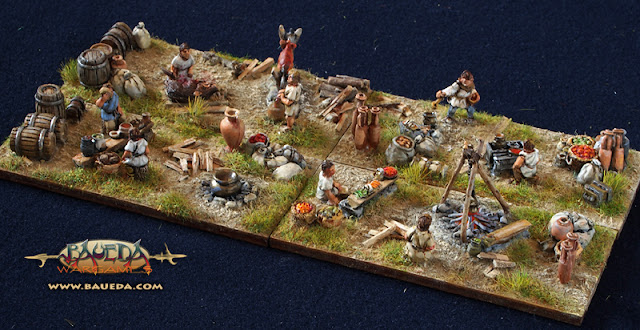 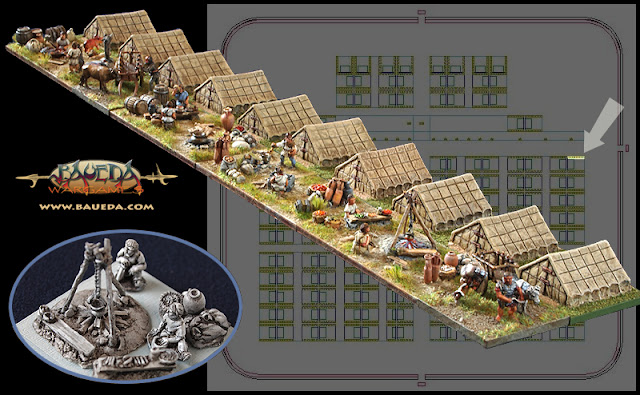 and this is what a Republican Roman Century encamped would look like, there would be at least 60 of these in a single consular legion and there would normally be 2 roman + 2 allied legions in a camp, so 240 of these... would take me a while to paint them all... :)
Posted by Baueda at 08:47